On 2/5/21, at around 8:08 PM, officers were dispatched to a report of a van that was intentionally driven onto the railroad tracks at the intersection of Fifth Street and Rose Avenue. It was reported that a train was approaching. A patrol sergeant was the first to arrive on scene within 30 seconds and observed a 2003 Dodge Ram van on the tracks, west of Fifth Street. The sergeant illuminated the vehicle with his spotlight and the driver of the van simultaneously accelerated, driving off the tracks, southbound through a ditch, eastbound on Fifth Street (against traffic), before turning northbound on Rose Avenue and driving against traffic. The van side-swiped a truck that was travelling southbound on Rose Avenue. The van then headed directly toward the Sergeant’s police unit and collided head-on with the patrol unit at approximately 25-30 mph before coming to a stop. Driver of the van continued to depress the accelerator causing the rear tire to continuously spin.

The Sergeant exited his patrol unit and made a tactical approach up to the van. Shortly afterwards, the driver of the van stepped out of the vehicle. The Sergeant quickly assessed that the driver was a non-threatening elderly female in her late 70’s. Fortunately, there were no obvious injuries to either party. The female was transported to a local hospital for precautionary reasons for observation. After a preliminary investigation, it appears the driver likely suffered from a medical and/or psychiatric episode while driving and did not purposely intend to ram the police unit or harm to the Sergeant. The incident was documented as a traffic collision and not as a crime. However, as normal procedure, the officers seized the elderly female’s driver’s license and requested a priority re-examination with the DMV, to assess her ability to safely operate a motor vehicle.

The investigation is ongoing.  Anyone who has information regarding this collision is urged to contact Senior Officer Paul Knapp at (805) 385-7750 or via email at [email protected]. 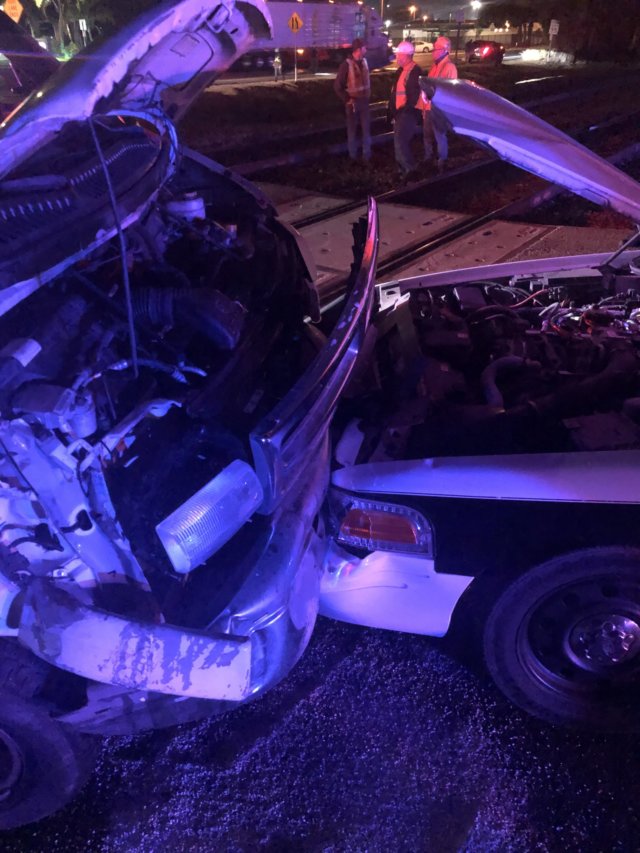