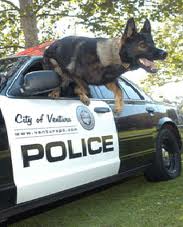 On 6/3/2022 at 6:44pm, the Ventura Police Command Center received a call of an armed robbery that occurred on the bike path near West Ramona Street. The suspect was described as a Hispanic male 40s, wearing black clothing and a blue bandana covering his face. Ventura Police Patrol Officers responded, and investigating officers learned that the suspect confronted the male juvenile victim and demanded the victim’s bicycle. The suspect brandished a knife and threatened to stab the victim.

The bike was recovered and returned to the victim. Anyone with information related to this incident is asked to contact the Ventura Police Major Crimes Unit at 805-339-4452.