Ventura removed the Padre Serra statue that has been in front of City Hall in the middle of the night last night.

VENTURA—City officials chose to remove the Junipero Serra statue in the middle of the night on Wednesday. Nothing but the pedestal remains along with the chain link fence. 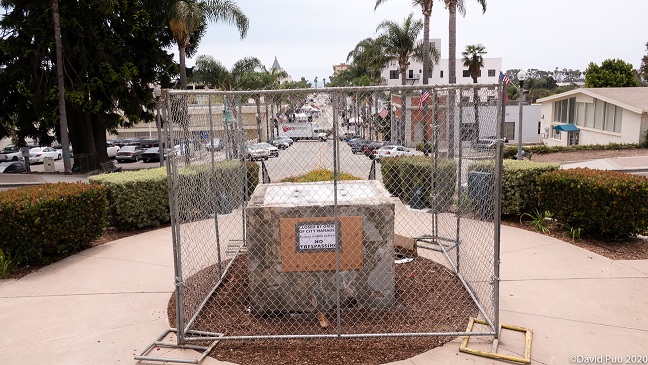 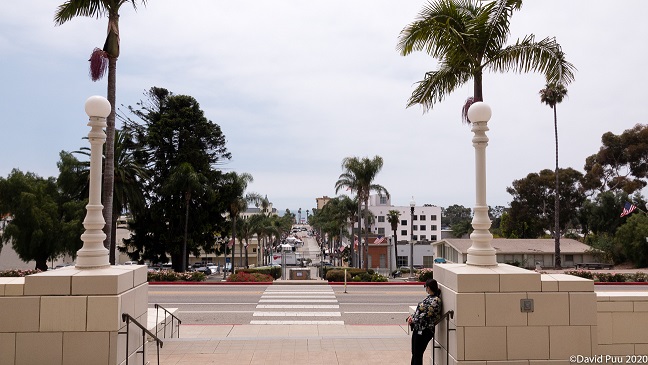 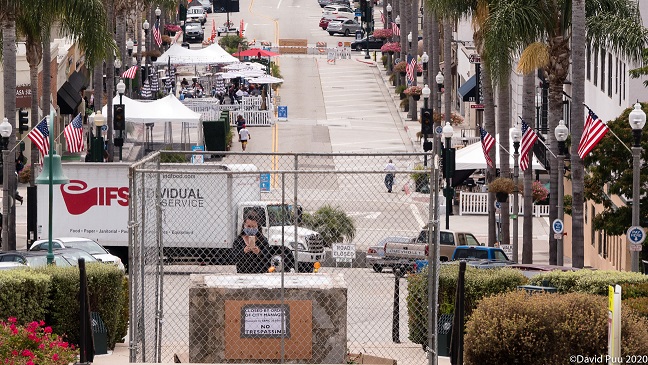 The City Council approved (July 15) in a unanimous 6-0 vote a motion to remove the Junipero Serra bronze statue from in front of the City Hall and the wooden statue from the City Hall atrium.  Councilmember Erik Nazarenko (District 4) made the motion seconded by Councilmember Jim Friedman (District 5). Mayor Matt LaVere was recused (absent) from the special meeting on the statue because of his involvement in attempting to broker an agreement to remove the statue prior to City Council action.

Councilmember Friedman claimed that city council members had received over 2,500 emails, 2,000 pages of written comments and seen 3,000 comments on Next Door and Facebook that were split 50:50 on the issue. Four petitions on change.org also generated almost an additional 17,000 signatures. The City Council also heard 96 public comments during the July 15 meeting.

The motion considered by the City Council stated that both statues would be permanently relocated to a place that city staff deemed feasible and appropriate with the intent that the bronze statue be given to the Mission San Buenaventura.

The original Junipero Serra concrete statues was installed in 1936 as a product of the Works Progress Administration (New Deal). A City Council Resolution made it Landmark #3 in 1974. This concrete statue was replaced and moved to an off-site storage in 1989 and replaced by a wood Junipero Serra statue which was placed in the Atrium of City Hall after being used as a mold for the bronze statue installed in 1989. 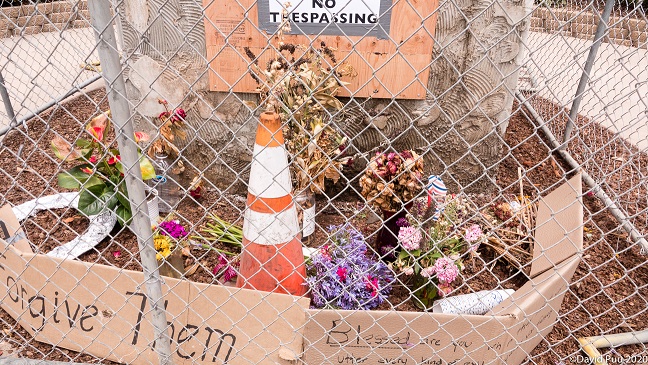 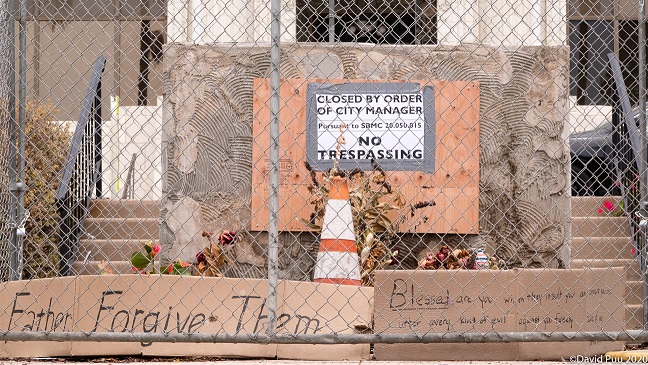 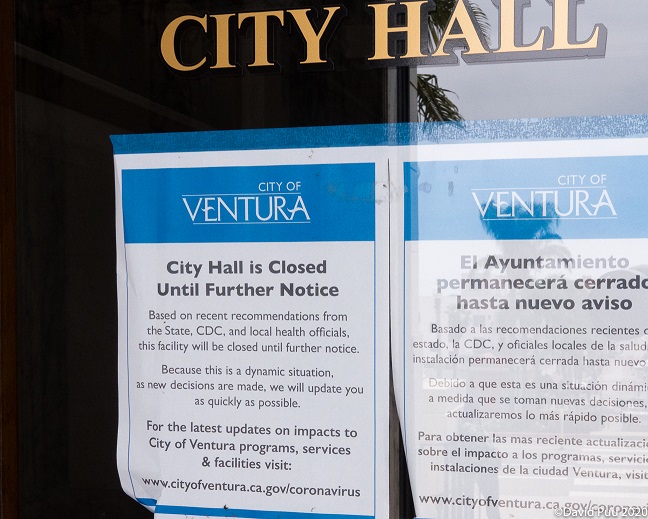 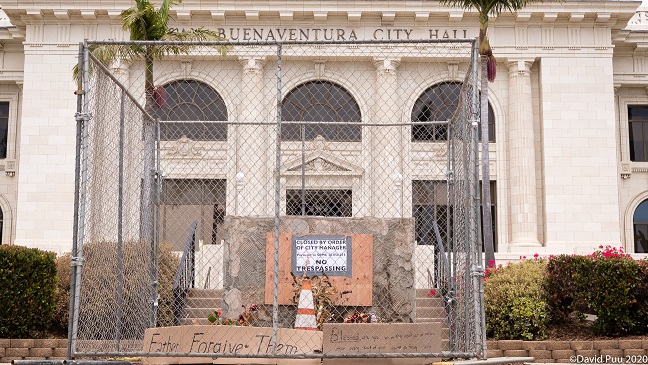 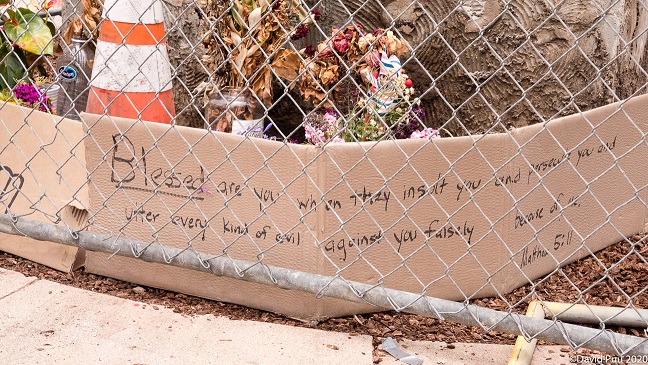 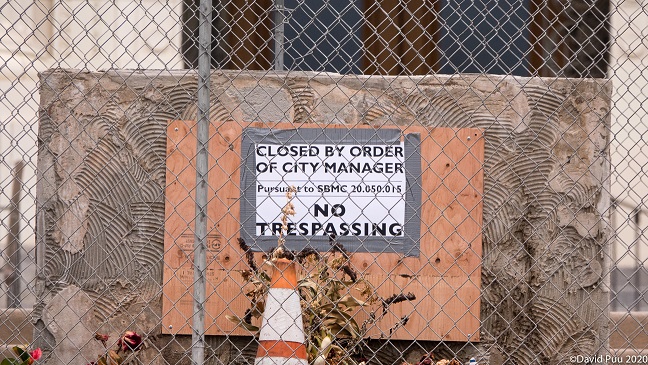 The Historical Preservation Committee ruled that both replacement statues did not qualify for historic status which was only given to the concrete Junipero Serra statue which meant that an environmental report was not needed to remove the statue.  The City expects litigation on the removal of the statue with five possible bias allegations involving city council members. The City Council seats of Cheryl Heitmann, Matt LaVere, and Christy Weir are up for re-election this November.

(Editor’s Note: To see the original Citizens Journal story on the City Council vote to remove the Junipero Serra statue go to this link:

Yep, there is no real leadership for Ventura, just a bunch of cowards just like the brainless punks for the removal of a harmless statue and an era. They don’t even know what the issue is, nor what the goal is. They don’t even think why their predecessors put the statue there. Maybe they don’t want to think because a simple analyzing is too much to handle and does not have the mental capacity. The Council and those for removal, they are on this together, birds of the same feather flock together, brainless punks.

Grow a pair Ventura. Removed in the darkness. Wow. I guess like Social Media, if you erase it it never happened?
History cannot be changed. It is good, bad, and ugly.
Change occurs when we adopt new attitudes and teach love not hate. When we learn to not be offended by history and we move FORWARD.

It was interesting watching this occur over a period of time.

I happened to be working on a project for some of the Barbareno Chumash the day I shot these images, so Blue Wolf who is a coastal Chumash leader, was with me working, and we walked over to see what had been done in the middle of the night.

We both found it interesting how City Council and apparently the City Manager thought it appropriate to remove this connector to the area’s history. Especially when a number of years back the City name officially became San Buena Ventura.

With both of us being of indigenous descent, we have no allegiances to the Catholic Church, and know Serra and the Church history in the development of our region pretty well. Though we all sort of took offense to the canonization of Serra by the Church a couple years ago (The conferring of Sainthood), that is their business and not ours.

We both shook our heads over the reasoning behind the removal of the statue. What is to be gained by erasure of a symbol of the development of the region and State?

People ought to know about what Serra stood for, and his actions in representing the Catholic Church and Spain itself. Both the good and bad are a significant part of our history.

We were both surprised that a City Council would and could do this, especially with all of the other terrible things going on in our present day.

So that is our point of view.

Here is the Catholic one:

Unfortunately the cowards on the city council listened to and voted with a bunch of historically ignorant emotional cupcakes. Thanks for taking an adult position on this and reminding us that history is important, good or bad.

So brave off the city council to decide we should not know our history.

We are thankful to the Chumash leadership, City Council and the Mission for cooperating on the orderly removal of the Serra statue. The next step should be to plan a more fitting symbol of the friendly, welcoming nature of our diverse city. As stewards of this land for millenia, we should commission the Chumash and their artists to plan its design and execute its creation.

While this IS utterly shameful, I’m not disappointed with the City of Ventura.

To be disappointed, one must already have been able to expect better from the city.

Nothing good to expect = nothing to be disappointed about afterward.

I wouldn’t mind the statue in a museum or on mission grounds, but I was never happy with it as a “welcome” to our city. I’m not Native American, but it’s still a reminder that the Church thought they were savages.

Yes let’s take down a statue that’s been there forever that doesn’t look bad being there. but let’s put up a huge ugly auto center sign right off the freeway that everybody can see that is the biggest ugliest piece of s*** I have ever seen.

I’m am incredibly disappointed in the so-called leadership of Ventura.

Do they give a rats-ass about my views? NO, but they’ll gladly spend my sizable donation to the tax coffers. They should know that they’re driving out people like us.