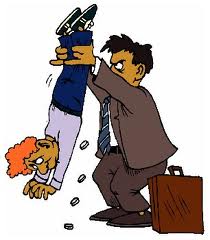 WASHINGTON, DC – As the Labor Department releases its monthly report on the state of the consumer price index, government watchdog Accountable.US has extensively documented how major companies across several industries are using the pandemic as an excuse to increase their wealth and line their shareholders’ pockets at the expense of everyday families. This documented greed explains how corporate pretax profits managed to skyrocket 25% year over year to $2.81 trillion – the largest annual increase since 1976. *See roundup of recent reports on Pandemic Profiteering below.

For months, CEOs across several major industries – including the big oil, meat packing, shipping, trucking and railroad companies – have suggested the pandemic and inflation challenges have left them no choice but to hike costs on consumers to excessive degrees. However, records show many of these same companies have boasted to investors of substantial additional profits and new shareholder handouts over the last year, calling into question claims that price increases are only meant to keep up with outside costs. In a recent analysis, Accountable.US found the top three corporations within the CPI’s major categories have raised prices while making at least $151 billion in increased profits from their last reported earnings periods. More shocking, these same companies have increased spending on shareholder handouts by $28.2 billion year-over year to a total of $140.6 billion.

“Many corporations claim their excessive price increases were necessary to keep up with outside costs, even as industries reported their most profitable year in nearly five decades,” said Kyle Herrig, president of Accountable.US. “Many of the same companies that say they were beholden to market forces when they jacked up prices went on to report billions in extra profits, generous new shareholder handouts, and massive bonuses for their CEOs. It doesn’t add up. When the prices big companies charge far exceed the cost of doing business, that’s called greed, plain and simple. It’s clear corporations have not shared the burden everyday families have shouldered throughout the pandemic and economic recovery, and instead have needlessly shifted even more costs on consumers. Corporations have had a choice all along: when will they finally choose to stabilize prices rather than chase higher profits?”

Meanwhile, a growing number of Republicans in Congress have taken millions of dollars from major corporations that saw profits soar amid rising prices have resorted to defending corporate profiteering while they continue to block the President’s Build Back Better plan to address the supply chain crisis and bring costs down for families.

The Biden regime has increased M1 by nearly 60%, and M2 has increased by 25%, so it is hard to buy into the “Corporate Greed” trope. As Friedman said,
“Inflation is always and everywhere a monetary phenomenon….”
When you increase the money stock that much, you create inflation.
Folks, the future looks grim. The Biden regime is incapable of understanding many basic facts of life and governance. Led by a demented and seemingly delusional old man, we are drifting into many potential crises.
Unfortunately, the left will use each crisis to take away more of our rights and freedoms.

Generally, I agree with you but the recent growth in M1 and M2 Money stock and the idiotic acceptance of the Modern Monetary Theory (MMT) by both parties is the problem. The money supply cannot be expanded by 16% and expect no inflation. Here is the growth in the money stock. 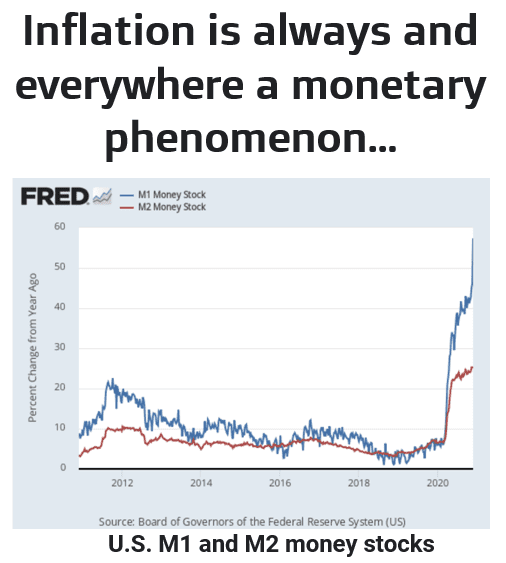 So it’s not Biden’s fault? Sad