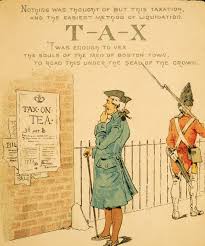 Tax/bond watchdog Richard Michael says the recent 1 1/2% Oxnard sales tax increase proposal, absent from the 10-15-19 city council agenda, but hidden in the weeds in agenda item M-1 in the agenda packet appears illegal on its face. A trial balloon for this as part of a voter survey starts on page 303.

The City Manager circumvented his own new “transparency” policies by completely bypassing the vetting for agenda item M-1 under the new committee system he championed and omitting any mention of a possible tax in the agenda, merely appending it in the agenda packet under the non-transparent name: The Oxnard Government Accountability and Ethics Act. One might think that a permanent $45 million+ annual tax increase might be more clearly highlighted and labeled? Instead, it is buried deep in the agenda supplemental materials. While no vote is scheduled, it will almost certainly be discussed at the meeting and is afirts step of a march toward much higher taxes. But notice of this does not exactly jump out at you. “c e voigtsberger,” a sharp reader who must have a lot of time on his hands and motivation, quickly alerted us to it, which led to our previous editorial last week:

By George Miller Oxnard is now trying to solve years of fiscal mismanagement, poor negotiations and spending control with a huge $45 MILLION dollar annual sales tax increase. Without any warning and burying it deep in supplemental agenda materials, the Council/staff are attempting to wash away all the City’s financial problems with a […]

Mr. Michael combs meeting notices and the Internet for new tax initiatives. He reached out to us, also dropping this reader comment onto our editorial on the web:

Whether the people vote in favor of or against the tax, should the city cheat and lie on the ballot with a sales pitch for a yes vote? See Dishonest Ballots = Corrupt Government. The time to prevent it is before the December filing deadline. It will be a test of how corrupt your city employees are.

He, unlike nearly all Oxnard residents, actually read the proposed initiative description text with practiced eyes. What he saw did not please him, or the LAW, he explained to me today. Michael maintains that the the proposed and City Attorney-approved language is illegally deceptive in that:

Some residents are already objecting to this huge, regressive, tax increase, which they are saying would be used in lieu of better management and better negotiation with bargaining units. Easier to pick the pockets of the taxpayers than to generate revenue via business development or attracting more wealthy taxpayers to live here. High crime and low school test scores are not a a way to do that. Mayor Flynn also pointed out that lack of a major research university in the region is also a problem.

Aaron Starr pointed out that such a measure can only be passed in a general election, unless the Council declares an emergency unanimously, which would be a stretch, since Oxnard has had chronic structural deficits.Then it would raise questiions as to whether some of them should even be on the council.

This article helps explain Mr. Michael’s points better than we can:

AB-195 changed the law for ALL (“city, county, city and county, including a charter city or charter county, or district, including a school district”) local ballot measures on January 1, 2018. It’s encoded as Elections Code 13119.

I’ve gone over the history of this change elsewhere, but let’s just say the change was made to stop local government agencies from fleecing taxpayers by intentional deception and conscious omission of critical disclosure provisions. You see, unlike state-wide propositions, where the ballot statement (the 75 words that appear on the ballot voters see) is reviewed and written by supposedly disinterested government officials, no one but the proponents (overwhelmingly local governments and their self-interested lawyers) write local ballot statements. With rampant, widespread deception, the legislature and the governor finally decided to weigh in.

Subsection (a) requires all local measures to be in the form “Shall the measure (stating the nature thereof) be adopted?” Those quotation marks are in the statute. The legislature prescribed exactly the way every local measure should look.

How does your county stack up? The tables below tell the disgusting story. Note that the totals exclude advisory and recall questions, which are neither measures nor referendums to which AB-195 applies.

If you’d like to hear it from the horse’s mouth, you can contact Mr. Michael at 909-378-5401, walnutwatchdogs+press[at]gmail.com, or view his informative web site: http://www.bigbadbonds.com/

If the city should actually slip this tax by opponents, Michael has a few more tricks up his sleeve to deal with it. We hope we won’t have to write about that eventuality, but are prepared to.

On page 304, the city also claims that a survey they commissioned indicates that 70% of those polled want or are leaning toward a “local funding measure.” But, that doesn’t say “sales tax.” There are many ways of funding government. We don’t know how the sample population was derived or what it looked like. We don’t know specifically what the questions were or how they were asked. These factors can have a major effect on the results, as we know from the presidential election polling. Interesting, they didn’t present any surveys on whether voters want the government to run more efficiently, improve tourism, development, jobs and resulting revenue, or have tougher labor bargaining. Survey questions on services show that infrastructure and public safety are the top concerns.

The specific items they are trying to put on the ballot now are: $500 limit (!) on campaign contributions;  weak term limits rules: Establish 3-term limit for City Council & Mayor & changing Mayor’s term from 2 to 4 years, to match City Council (note that this would make it easier for the Mayor to stay in office and another 12 years to serve, since terms already won aren’t included in the 12 years;  Prohibit elected officials & planning commissioners from accepting gifts from lobbyists or city contractors;  Provide transparency by posting all expensive City contracts & monthly financial statements on City’s website

I am more than happy to pay my share of taxes to get this city back into excellent financial health.

Curious
Reply to  Tax me

Straight from a public employees mouth!

“We don’t know specifically what the questions were or how they were asked.”

But, we do know who asked them.

The survey was conducted by FM3 Research. Their home page describes their business in the following way:

FM3 provides strategic advice to organizations seeking to educate, influence, or better serve target populations. Our advice is based upon opinion research we conduct with those populations, either through quantitative surveys with larger populations or qualitative research with smaller subgroups. (In other words, we conduct various kinds of surveys and focus groups.)

This just promotes leaving the city to do shopping elsewhere. People aren’t stupid and this hurts businesses. Transparency, I think not.