Where is the Conservative Fight?

(ThyBlackMan.com) Political pundits still seemed to be puzzled that Donald Trump ever became president of these United States.  I have seen all sorts of outside the box analysis from the American people didn’t know what they were voting for, to it was a vote against Hillary Clinton, to the dumbing down of American politics.

Both were simply dead wrong.

Trump is a brilliant communicator, maybe even more so than Ronald Reagan; and played the media like a fiddle.

There was no secret sauce surrounding Trump’s candidacy in 2016 nor was there anything magical about his presidency.  He was simply a fighter.

Even if he lost a few battles, at least the winner walked away with a few teeth missing.

That is why the American people voted for Trump in 2016 and most continue to support him to this day, including me. 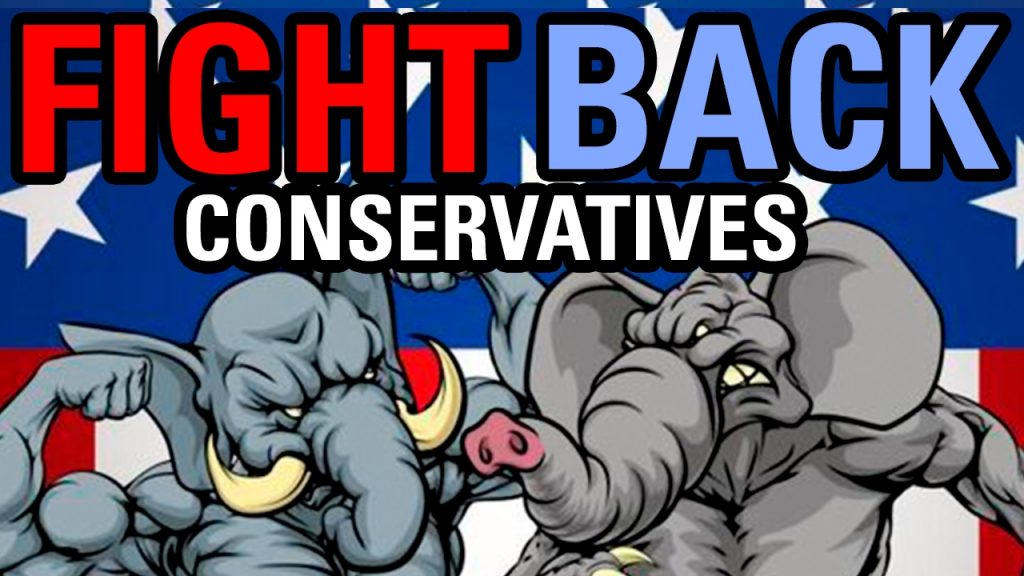 I was once told by an Olympic track world record holder who I used to work out with, “If you can’t win the race, make the one ahead of you break the record.”

That’s exactly what he did in the 2020 election.  Trump received more votes than any presidential candidate in the history of the Republican Party, 74 million votes; but the winner, Joe Biden broke the all-time record with 81 million votes.

Trump indeed made the winner break the record!

Congressman Marjorie Taylor Greene, in many ways, is the female version of Trump.

For purposes of this column, I am putting aside what some consider controversial statements she has made in the past and will focus instead on her being a fighter.

I don’t know her and have never met her; but the more I watch her in the media, the more I like, er LOVE her.

I was disappointed that she apologized, under immense pressure from party leadership, for her deemed “controversial” past statements.

Greene represents Georgia’s 14th congressional district in the U.S. House of Representatives, which is in the northwestern part of the state and includes parts of the exurbs of Atlanta, and the cities of Rome, Calhoun and Dalton.

She and her husband owned a construction company until they sold it after several years.  She then co-founded a CrossFit gym, CrossFit Passion, in Alpharetta, GA.

She is by all accounts a gym rat, with a body built solid as a rock.  Maybe this is where she gets her tenacity from.

Controversial statements aside, she fights like a pit-bull for her and her constituent’s values of border enforcement, no amnesty for those in the country illegally, lower taxes, reducing government spending, and pro-family values to name a few.

Ideologically, she is in the mainstream of American values.

She is unrelenting in standing up for what she believes and totally understands how to navigate the media to her benefit.

Like Trump, there is no secret sauce; she is simply a fighter.

I am sure many of my readers are going to be surprised by this column.  But they really should not be.

My followers know I am a fighter and will defend my values and beliefs to the death.  I will also support politicians who stand up for their beliefs.

As I stated earlier, I don’t know Greene and have never met her, but she will be getting a check from me soon.

Yes, me, as a Black Republican and a strong conservative, will be showing my support for her in the most tangible of ways and will be happy to do anything I can to get her reelected because I am seeing very little fight from conservatives on the values and issues they all claim we believe in.

Where are our party leaders when it comes to opposing the radical liberal agenda coming out of Joe Biden’s white house?

Where is the conservative fight when it comes to the radical liberal agenda coming from House Speaker Nancy Pelosi and Senate Majority Leader Chuck Schumer?

Pelosi and Schumer are running rings around us.

Conservatives understand the numbers game; we are a minority in the house and a tie in the senate, that’s not the issue.

Conservatives want to know where is the fight on core issues like illegal immigration, the $ 1.9 trillion American Rescue Plan, out of control government spending, racial issues.

We don’t mind losing a few battles as long as we know our guys went down fighting; we are not seeing that.

Conventional wisdom is that Republicans have a good chance of taking back the House and the Senate in next year’s mid-term elections.  But I can guarantee you that will not happen if conservatives don’t begin to see our leadership standup and fight for our conservative principles and values.

So, to the establishment Republicans, think twice before you continue to dump on Trump and Greene.  They may have some controversies in their past; but they have fight in their bones.

If you had to go to war, name me one establishment figure you want in the foxhole with you when your life is on the line?

Trump and Green have proven that they are foxhole ready and I am willing to fight side by side with them because I know they will fight to the death!