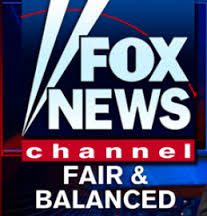 “It’s time to meet, time to speak,” Zelenskyy said. “I want to be heard by everyone, especially in Moscow.”

He said talks that are “fair, substantial and without delays” is the only way for Russia to limit its losses in the war. Ukraine claims 14,000 Russian soldiers have died in Ukraine.

“The time has come to restore territorial integrity and justice for Ukraine,” he said. “Otherwise, Russia’s losses will be such that it will take you several generations to recover.”

Putin has clamped down on dissenting voices in Russia, criminalizing any news about the war that goes against official state propaganda.

Russia and Ukraine have been holding intermittent peace talks that haven’t made much progress.

In a phone with Turkish President, Recep Tayyip Erdogan on Thursday, Putin said part of his requirements to end the war would require a face-to-face with Zelenskyy.

He is expected to ask Ukraine to give up land in the eastern part of the country and to officially recognize annexed Crimea as part of Russia, among other demands.