Hundreds of American troops in Syria received Christmas gifts because of “Operation Holiday Express,” an effort spearheaded by U.S.-led coalition forces in Iraq.

The presents were delivered with a CH-47 Chinook helicopter and coalition forces wore Santa Claus hats as they delivered presents to American troops, according to the Associated Press. Soldiers received stockings with candy, toiletries and other presents, and the scene included a military band playing Christmas music. 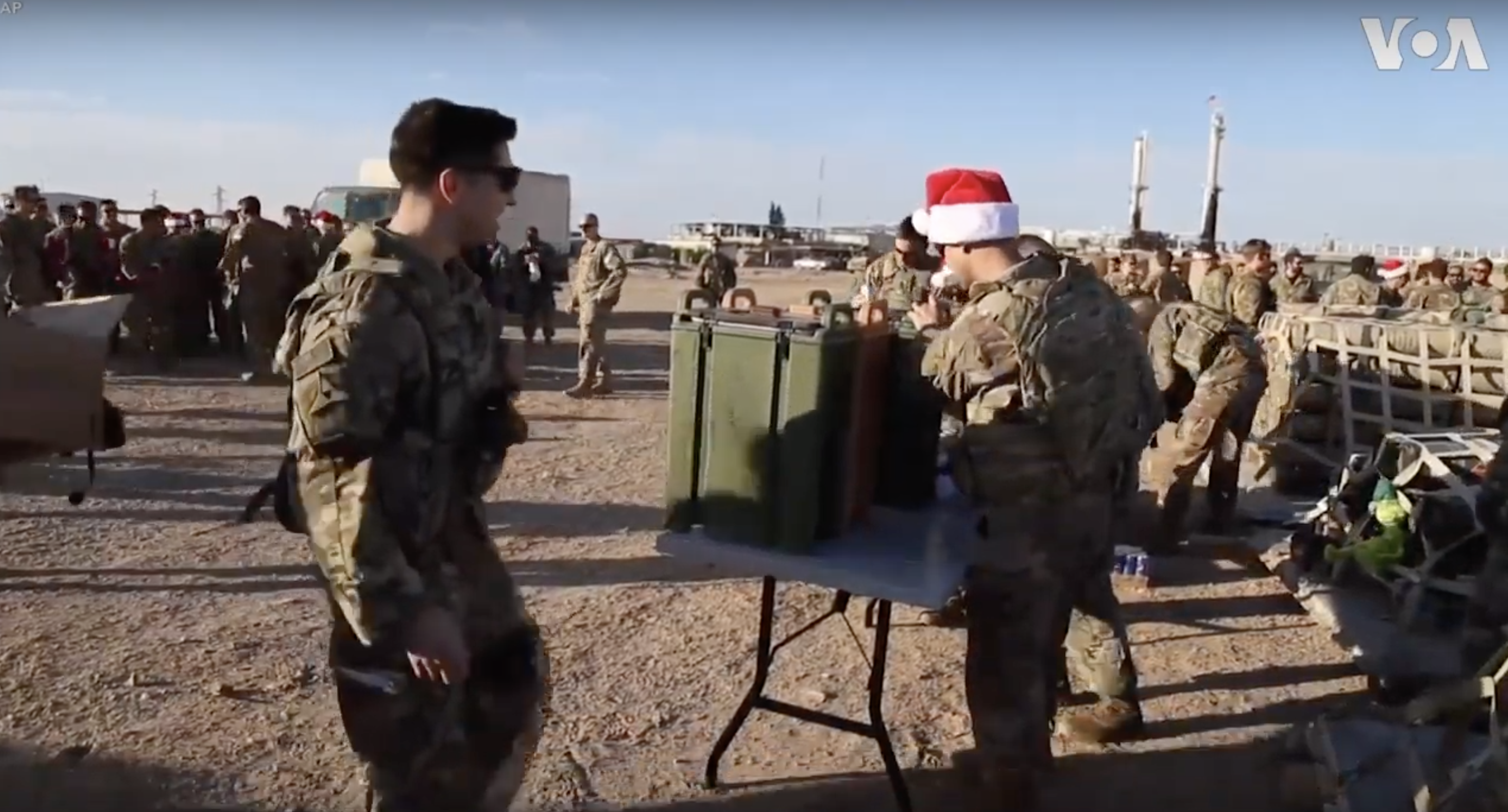 “Operation Holiday Express” was designed to bring Christmas cheer to the American troops unable to go home for the holiday, Caggins said, according to the AP.

The U.S. has decreased the number of American troops in Syria and President Donald Trump said in October that he would be pulling troops from the country. However, around 500 or 600 U.S. troops will remain in Syria to counter Islamic State fighters, Chairman of the Joint Chiefs of Staff Gen. Mark Milley previously said, according to the AP. (RELATED: Trump Authorizes Sanctions Against Turkey In Response To Syria Invasion)

“No, Sarah, Our Prosperity Wasn’t Extracted From Slaves”