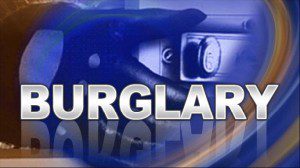 On 09/08/19 @ 1459 Hours, the Ventura Police Department Command Center received a 911 call of a possible commercial burglary in progress at a business in the 2800 block of Loma Vista Rd. It was reported the suspect, later identified as David Vance, was attempting to break into a medical office through a rear window. Officers arrived on scene, and detained Vance as he was attempting to leave the area. Evidence was found that showed Vance tried using force to gain entry into the business. He was identified by a witness and arrested for attempted commercial burglary.

While on scene, officers found an unsecured window in another section of the building that is vacant and conducted a search with the assistance of a K-9. During the search a second subject, later identified as Juan Reyna, was found inside. It was determined Reyna was illegally trespassing and in possession of a large amount of stored property. He was arrested for trespassing.