Share
Facebook
Twitter
Linkedin
ReddIt
Email
Print
Telegram
Good People of Oxnard,
Just plain bad governance!
Our/your city manager, city attorney, and council act as though they are above the law.  Is this the kind of “leadership” you deserve?
Here is a quote from the Ventura County Judge where he is clear the City of Oxnard’s actions were “illegal and unreasonable”.  So it took 2 Oxnard residents, Aaron and Alicia, fighting in court using their own money to get the SYSTEM to admit Oxnard as a city does what it wants regardless of voters’ decisions or the law.
What does it take for the Mayor and Council (some at least) to realize the legal opinions their city attorney gives…..using the Judge’s words is “illegal and unreasonable“? 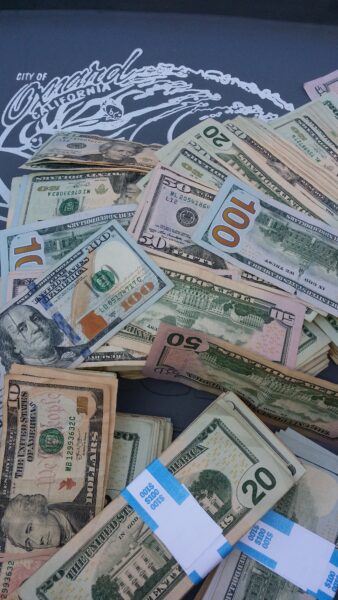 “First, City’s systematic disregard of Proposition 218’s unambiguous prohibition against using Infrastructure Use Fees (IUFs) “for general governmental services including, but not limited to, police, fire, ambulance or library services, where the service is available to the public at large in substantially the same manner as it is to property owners” without first obtaining voter approval (Art. XIII D, sect. 6, subd. (b)(5)) over the course of multiple fiscal years was illegal and unreasonable. Unduly delaying the fund transfers compelled by this Court’s writ of mandamus and mandatory injunction which simply restores the status quo ante as if City had not violated its mandatory constitutional duty would be no less unreasonable.”

Here is a link to the judge’s ruling on the repayment timing in the IUF case.
http://www.ventura.courts.ca.gov/CivilCaseSearch/ViewDoc/%7B9F5111AD-F37F-4808-AE94-352D41A012BC%7D
He gave them three years to repay $36.5 million, in quarterly payments beginning July 1, 2021.
Nguyen, Perello, and Teran have kept saying that the court didn’t say it was “illegal” though the judge said it violated the state constitution.  In this one, the judge says it was “illegal and unreasonable” as he scolds them for having created this problem themselves by charging this fee for years in spite of the plain text of the constitution.
Respectfully,
Phillip Molina