COMMUNITY | COVID-19 and Shopping at WinCo 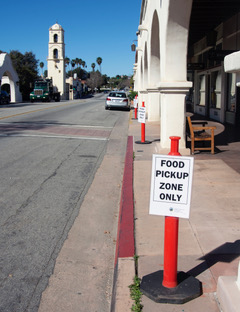 According to the World Health Organization, the coronavirus disease (COVID-19) is spread primarily through droplets of saliva or discharge from the nose when an infected person coughs or sneezes. It is highly contagious and is spreading rapidly in North America.

As a result, President Trump and his Coronavirus Task Force have called for limiting gatherings to ten people or less. California governor Gavin Newsom declared a state of emergency. Many schools, restaurants, museums, theaters, amusement parks, and gyms are now closed until further notice.

So, I woke early one morning wondering about the availability of perishable and non-perishable food items. It was zero dark thirty when I left our home in Ojai and got into the car. The stars were out, and the moon and Jupiter showed brightly in the sky.

Not quite awake and knowing the local market did not open until 8:00 am, I headed down the hill to Ventura, where a WinCo is open 24/7, or so I thought. My plan was to get there after the shelves had been restocked but before the hoards arrived to denude them. I was in for a rude awakening.

I pulled into the WinCo parking lot at 5:45 am. The outside temperature was 37 degrees. I parked the car, grabbed my sturdy cloth shopping bags, and joined the queue of 50 people waiting in the dark for the store to open. I walked to the back of the line and asked, “Why the line?” One person explained from a discrete six-foot distance, “The store now opens at 7:00 am.” So much for getting there early!

Even though the folks in line were maintaining an appropriate distance from each other, I clearly heard them talk. One commented on being laid off at the restaurant where he was a server. He worried about his wife and two young kids and hoped he could get back to work and making good tips. Another lamented the lack of toilet paper and hoped WinCo had restocked its shelves. The person behind him quipped that “As the corona virus grips everyone’s attention, normally sane people resort to the only way they know how to protect themselves — hoarding toilet paper.”

WinCo didn’t open until 7:20 am, and when it did, there were more than 200 people standing in line waiting to get their hands on – in this order – antiseptic wipes and a shopping cart. I felt as if the green flag had been waved to start the Indy 500.

Most of the shopping carts headed to the paper products aisle. I picked up staples including flour, yeast, rice, dried beans, canned goods, and wine. Hey! Wine is a staple. Doesn’t everyone cook with a glass or two of wine?

By the time I maneuvered my cart to the toilet paper aisle, it was no surprise to see the shelves empty. I was determined not to go home empty-handed, so, being the resourceful person I am, I grabbed a few boxes of Kleenex from the next aisle and called it good.

I eventually found most of the things I came for and headed to the nearest checkout stand. As I bagged my booty, I realized I had forgotten to get eggs. When I got back to Ojai, I stopped at our local market to see if they had fresh eggs. One of my favorite cashiers told me the eggs had just been delivered and that I should not hesitate to grab a carton or two because they would go quickly. So, I grabbed two cartons and got an extra one for an elderly friend who is practicing “extreme social distancing.”

As I paid for the eggs, I was given a free roll of toilet paper — goodwill at its best. I gladly took the free roll and, when I got home, gave it and the carton of eggs to our elderly friend who accepted them with gratitude.

The pundits tell us that the COVID-19 virus will burn itself out in North America and that things will be back to normal in a few weeks. I’ll believe it when I see it. In the meantime, I’m staying away from big-box stores until I can shop without fear of being jostled. I am buying a take-out dinner from local restaurants twice weekly and praying that they can stay in business.

Most of all, I look forward to hugging friends and family once again. 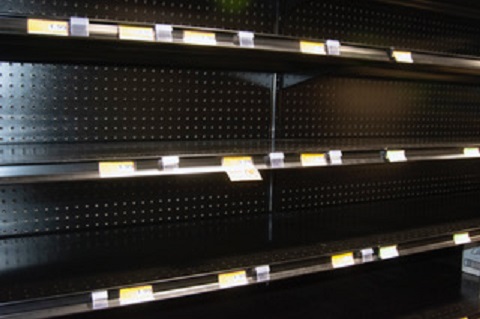 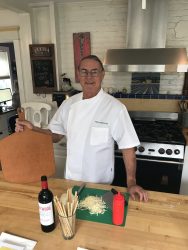 Chef Randy has been a vegetarian for over 40 years and eats local and organic grain, fresh fruit, and vegetables as much as possible. He is known locally as the “Healthy Chef.” His column, Chef Randy, is syndicated in California newspapers. See his website at Valley-Vegetarian.com for more recipes.