Camarillo residents and others who traveled from throughout the County came out to enjoy the fantastic weather and a great Country Western band at the Constitution Park in Camarillo, just behind Camarillo City Hall. The park is located at 1287 Paseo Camarillo Drive, Camarillo, CA. The concert was from 5pm to 7pm with a little warm up experience from the band for those who came early.

Amid early speculation and concern the concert would not be as well attended at the earlier start time, the crowds came out, hungry for entertainment and community with their fellow residents. Young families and older groups could be seen enjoying the park, picnic lunches, and lounging with their pets. In past years, the Concert in the Park series started later, and ended after dark, which led to some issues with traffic, and some noise complaints. Seems the Pleasant Valley Park and Recreation District hit this one out of the park with starting the concerts at 5PM.

In addition to the Pleasant Valley Park and Recreation District and the City of Camarillo sponsoring the event, Artisan Vehicles also made a sponsorship contribution. See their website here. In addition, Music Freqs was there to blend the sound just right so everyone enjoyed the show. You can check out their website here.

The band Gold Rush Country did a fantastic, high energy performance that started on time and crushed it for 2 solid hours. 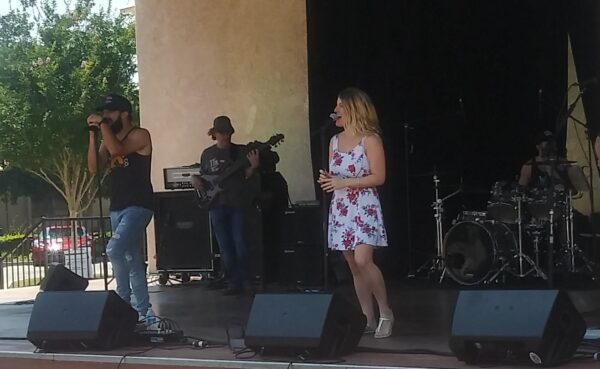 They were very excited to be in front of such a large crowd, and their enthusiasm was palpable to the people in the crowd. There was line dancing near the stage, and people spontaneously jumping up and down everywhere. YaaaaHoooo! The band even came out for an encore after a non-stop 2 hour performance!

A huge shout out to Recreation Specialist Connor Soudani. 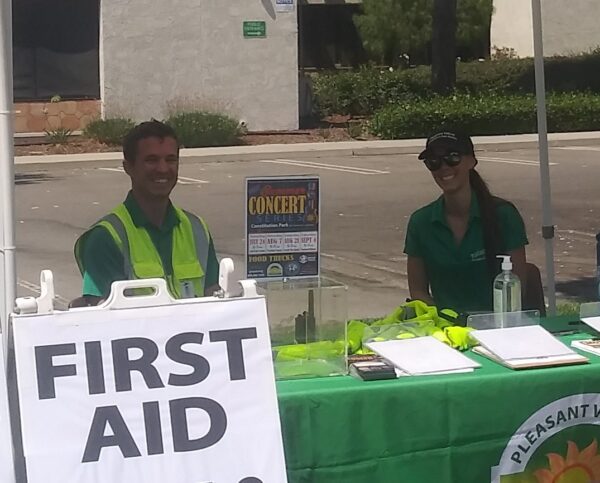 He was running around the city for a week before the event making sure everything worked well and was a great experience for everyone who came to the event. Every time I cruised by the park I could see his large brimmed hat and fluorescent shoes. There was food, there were drinks, there were slushies, and there were even some very nice porta potties in case there was a need!. If you came to the concert, or you heard what a great time it was, give Connor a call at 805-482-1996 x116 or send him an email at [email protected] and let him know you appreciate all his efforts. He did a fantastic job. 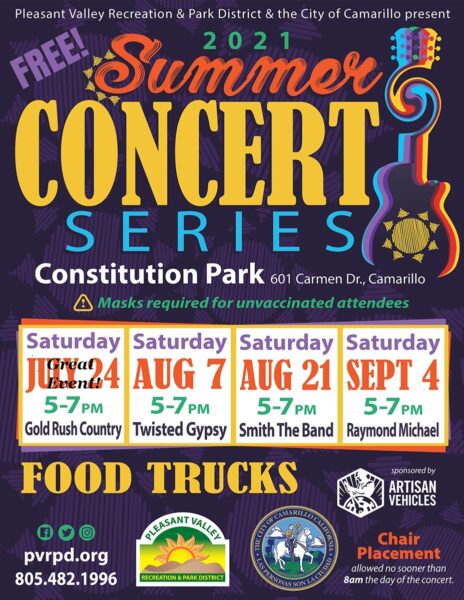