While school bus drivers are relied upon to ferry around our children and facilitate their safe passage home, they aren’t held in such high esteem as teachers or coaches who help them excel in school or sports. Yet, trusted bus drivers sometimes do stand out, showing a passion and particular benevolence for the fares they are charged with.

In Dallas, Texas, one bus driver took it upon himself to make Christmas a little more special for the kids in his bus! 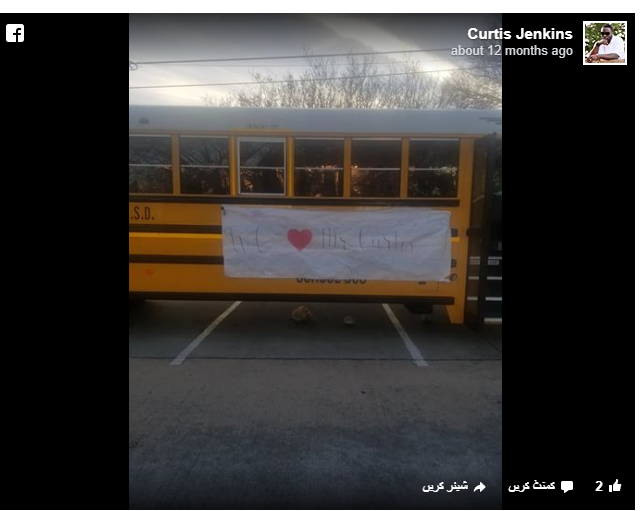 Curtis Jenkins drives one of the routes for Lake Highlands Elementary school, a public school about 20 minutes outside of downtown Dallas.

At the start of December 2018, he asked each of the kids who ride on his route what they wanted for Christmas—then, by saving his money and collecting even more from community members who learned about his plan, he bought every kid a gift they were hoping for. 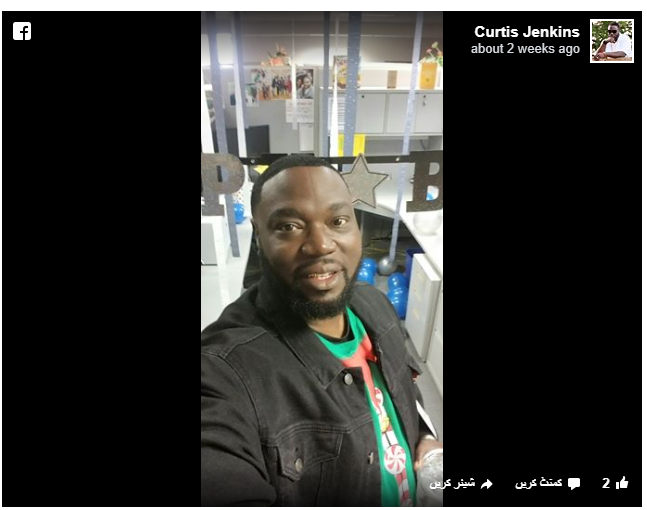 The students received the gifts on Dec. 21, right before they left for the holiday break. All in all, the generous act totaled 70 gifts, each carefully wrapped and topped with a bow.

Overwhelmed by the generosity of the employee, the school shared a post on Facebook about what Jenkins did. It immediately went viral, getting shared by over 13,000 people in just two weeks: 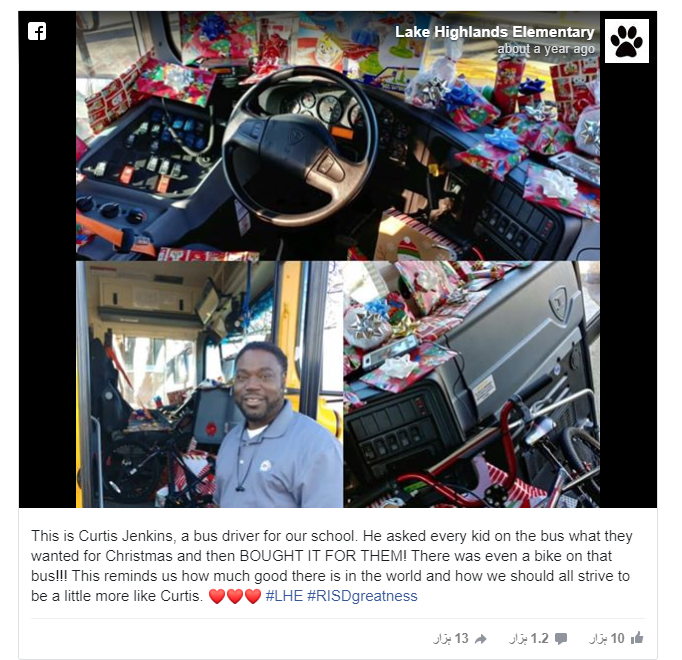 “This is Curtis Jenkins, a bus driver for our school,” the post read. “He asked every kid on the bus what they wanted for Christmas and then BOUGHT IT FOR THEM! There was even a bike on that bus!!

“This reminds us how much good there is in the world and how we should all strive to be a little more like Curtis,” it added.

“Kids these days need to see positivity,” Jenkins said, explaining to ABC News that he plans to start a non-profit foundation to help others engage in similar acts of kindness in their own communities.

His goal, he explained, was to help kids remain positive by showing them that love and kindness can come from anyone.

“If you show a lot of kids a lot of love they will do the same,” Jenkins said.

The community has certainly responded to his act with praise, reaffirming that what he had done went far beyond just spending a bit of money on the kids he sees every day.

“What a true blessing he is for those babies! You never know what the children on his bus route are experiencing at home,” wrote one reader, Anjelica Denise. “This is a way to teach “Each one, love one.”

One reader even added that they had heard about what he was doing ahead of time and had given him $100 when they spotted him just to help him in his efforts. His gratitude—even though the money hadn’t been for him, but for the children—showed just how much he cared about the children he purchased the gifts for.

“I would like to thank you out the bottom of my heart for what you gave to me for the babies on my bus, that 100 dollars was gave out of love from you and the greatness of your heart,” Jenkins wrote. “I came home and was almost in tears that you would do that without even being ask[ed].” 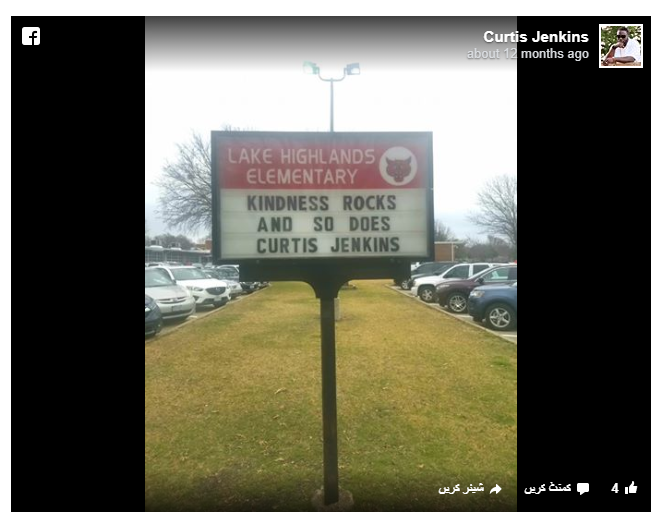