During the month of February 2020, The Pharmaceutical Crimes Unit (PCU) and the Thousand Oaks Directed Enforcement Unit (DEU) began a joint investigation into Brian Felix for potentially diverting medications he was lawfully prescribed and being in possession of illegal firearms.

Several surveillances and interviews were conducted which developed probable cause to obtain a search warrant for Felix’s residence located in the 1600 block of Camino Olmo in the City Thousand Oaks.

On February 21st, 2020, detectives served the search warrant at Felix’s residence. The search yielded numerous illegal firearms, one large capacity magazines and a rifle silencer. The search also located a small amount of Psilocybin mushrooms. In addition to the above-mentioned illegal items, the search also located a large amount of lawfully prescribed medications. The illegal items were seized as evidence.

Brian Felix was arrested for the following charges:

Felix was interviewed and then booked into custody at the East County Jail in Thousand Oaks. He quickly made bail and was released from jail. On 02-27-20, this case was submitted to the Ventura County District Attorney’s Office for review and the above charges were filed. At this time no charges are being filed against Felix in relation to his diversion of any of his legally prescribed medications.

The Ventura County Pharmaceutical Crimes Unit is a task force made up of members from the Ventura County Sheriff’s Office, Thousand Oaks Police Department, the Ventura Police Department; The primary mission of the task force is combating the transfer of legal prescription medication to the illegal market. In addition, the task force works to identify and stop new trends of abuse among the younger population and investigates overdoses due to both prescription medication and illicit drug use. 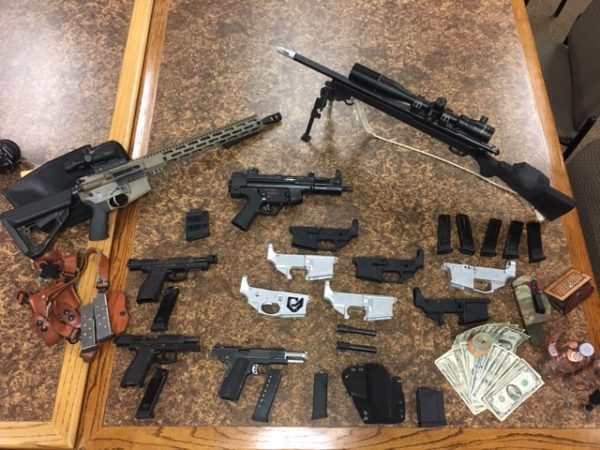