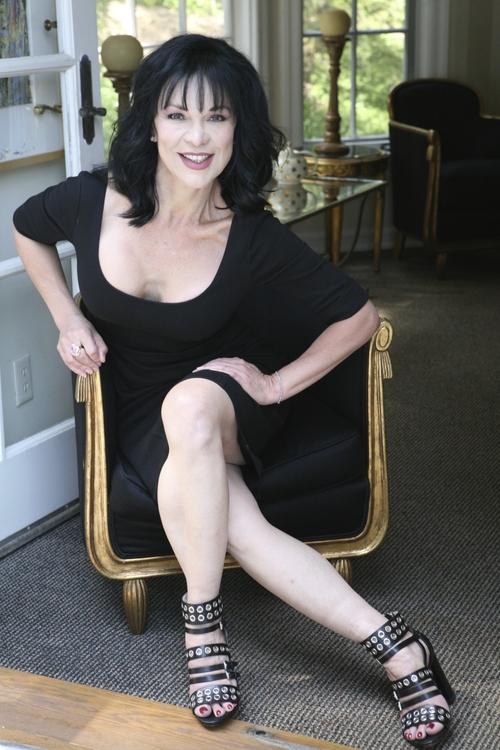 THOUSAND OAKS, Calif. – Live Standup Comedy on the Hill returns Saturday, December 10 at 8:00 pm at the Hillcrest Center for the Arts, 403 W. Hillcrest Dr, across from The Oaks Mall.  December’s lineup includes Monique Marvez and Brandon Vestal.  The Center teams up with professional local comedian Jason Love to produce a top-tier show with a new lineup each month.  Now performing to sold-out audiences, this experience in comedy entertainment brings some of Hollywood’s funniest headliners to Thousand Oaks every month and tickets are now available three months in advance.   All shows are 8:00 pm with doors opening at 7:30 and due to the popularity of the show, all tickets are now reserved seating.  The hour and a half show is for eighteen years and up only, and beer and wine may be purchased with valid ID.

Monique Marvez is a writer and performer with three SHOWTIME specials: The Latin Divas of Comedy, Snoop Dogg Presents the Bad Girls of Comedy, and her own one hour SHOWTIME special, Not Skinny Not Blonde.  She collaborated with John Gray on the stage show of Mars/Venus LIVE!  When she is not touring or writing, she can be heard on “The Monique Marvez Show” every Saturday night on KFI AM 640. Monique’s one hour special, Not Skinny Not Blonde is based on her soon to be published book and her critically acclaimed one woman stage show. She performs her stand-up and unique improvisation live throughout Los Angeles.

Comedian-Actor Brandon Vestal was the winner of the Hollywood Comedy Festival, crowned “Best of the West” at the Detroit Comedy Festival, was a finalist at the World Series of Comedy in Las Vegas, and was featured at the Asheville Comedy Festival two years running. He has appeared on NBC’s Last Comic Standing, Man Up Stand Up, Comedy Time TV and is a recurring comedian on FOX’s Laughs. He can also be heard on XM/ Sirius’s “Blue Collar” and “Raw Dog” channels and The Bob & Tom Show. Brandon is a “Don’t Miss” for college audiences and a club favorite

Standup Comedy on the Hill reserved seating tickets are still only $12 presale (available through the day before the day of the show) and $15 at the door.  Tickets may be purchased at the Hillcrest Center for the Arts Box Office or by calling (805) 381-1246 or www.hillcrestarts.com.

WHAT: Live Standup Comedy on the Hill features a different line up of professional comedians on the second Saturday of each month.   Some of Hollywood’s most popular headlining comics perform right here in our own backyard Saturday, December 8, 2018 show features Brandon Vestal – (Last Comic Standing, Just for Laughs) and Monique Marvez – (The Latin Divas of Comedy, Snoop Dogg presents the Bad Girls of Comedy, Showtime)

TICKETS:
Reserved Seating: $12 presale until midnight on the day of the show.  $15 at the door.

Eighteen years and up only.  Drinks may be purchased with valid ID.