On September 3, 2019, at approximately 6:44 P.M., officers from the Oxnard Police Department were dispatched to the parking lot of the Tresierra’s Market, located at 133 West Pleasant Valley Road, reference a fight in the parking lot.  Officers arrived on scene however all parties were gone. A 27 year old male victim later showed up at a local area hospital with multiple stab wounds. After being admitted, the victim’s injuries were found to be life threatening and he was transferred to the Intensive Care Unit.

Investigators from the Violent Crimes Unit responded to the scene and hospital to assume control of the investigation. It was determined that a group of male suspects confronted the victim and assaulted him. When the victim attempted to flee, the suspects chased the victim, surrounded him, and continued to assault him. During the second assault, the victim was stabbed. The suspects then fled the scene. Early in the investigation, it was determined that the suspects were associated with an Oxnard based criminal street gang and the stabbing was gang motivated. Over the course of several weeks, investigators worked diligently to identify those responsible for the stabbing.

On September 26, 2019, investigators from the Violent Crimes Unit located Varela walking in the 6600 block of Telephone Road in the City of Ventura. Investigators contacted Varela and took him into custody for his role in the assault. He was later booked into the Ventura County Jail. All three suspects were charged with attempted murder and street terrorism (gang enhancement).

Aguiar is still at large and has not been located. If you have any information regarding his whereabouts, please contact Detective Carey Everhart immediately at (805) 486-6288. The following paragraph lists several ways to contact the Oxnard Police Department and remain anonymous if you wish to. 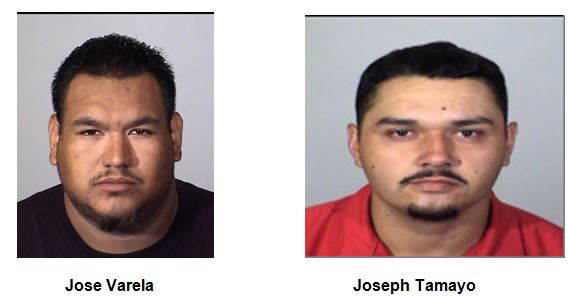 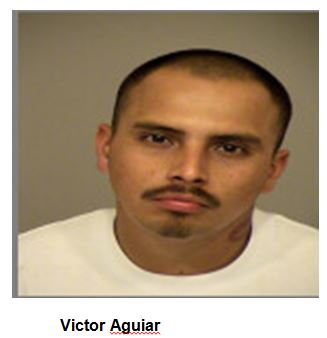 The Oxnard Police Department’s Violent Crimes Unit is committed to reducing gang crimes and gun violence in the City of Oxnard through the strict enforcement of laws specifically targeting known, active gang members residing in the city.  Anyone with information regarding criminal activity is encouraged to contact the Oxnard Police Department at (805) 385-7600, or online via the Oxnard Police Department’s website: www.oxnardpd.org, and clicking on Report Suspicious Activity.  You can remain anonymous if you choose to do so.  You can also remain anonymous by calling the Ventura County Crime Stoppers at (800) 222-8477. You can also visit this site: www.venturacountycrimestoppers.org to submit a tip via text or email.