UPDATE: On August 30, 2019, the Oxnard Police Department was notified that the driver of the Volkswagen dune buggy involved in the collision had succumbed to her injuries on August 30th, at approximately 4:30 p.m.  The identity of the driver is being withheld pending notification of next of kin.

The investigation is on-going.  Anyone who has information regarding this collision is urged to contact Officer Jose Diaz at (805) 385-7750 or via email at [email protected].  You can also remain anonymous by calling the Ventura County Crime Stoppers at (800) 222-8477. You can also visit www.venturacountycrimestoppers.org to submit a tip via text or email.

On August 25, 2019, at approximately 1:03 p.m., officers from the Oxnard Police Department and EMS personnel responded to a traffic collision which occurred on Gonzales Road at Patterson Road.  Officers discovered that a 2005 Dodge Caravan and a specially constructed Volkswagen dune buggy had collided at the intersection.  The driver of the dune buggy was partially ejected from the vehicle and was immediately transported to the Ventura County Medical Center where she is listed in critical condition.  The passenger of the dune buggy, a 40-year-old male of Oxnard, and driver of the Dodge Caravan, an 18-year-old male of Oxnard, sustained moderate injuries and were transported to the hospital for treatment.

Based on the preliminary investigation, traffic investigators determined the Dodge Caravan was traveling eastbound on Gonzales Road and the dune buggy was traveling northbound on Patterson Road.  Both vehicles entered the intersection at the same time and were involved in a broadside type collision.  The traffic control signal was functioning properly at the time of the collision and it is unclear who had the right of way as one of the vehicles may have failed to stop for a red light.

Traffic investigators do not believe speed or alcohol/drugs were involved.  The collision is still under investigation.  Anyone who has information regarding this collision is urged to contact Traffic Officer Jose Diaz at (805) 385-7750 or via email at [email protected]. 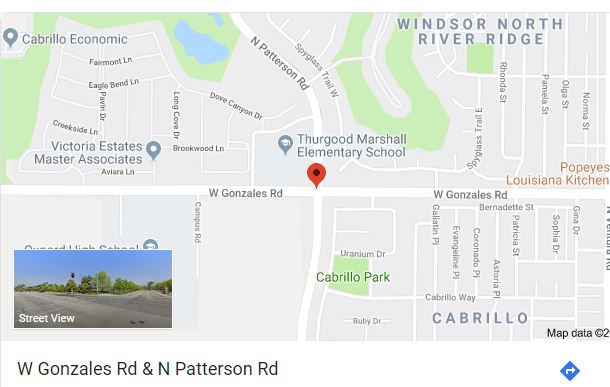