War is Not Good for the Economy or Living Things

Has New York Times columnist Paul Krugman become an advocate of laissez-faire? Probably not. But if he carried his observations “On the Economics of Not Dying” (May 28) to their logical conclusion, he just might.

Krugman notes that economic growth is “just a means to an end, namely, improving the quality of life” — and that not being dead, rather than just not being poor, “also makes a major contribution to the quality of life.” Yet this seemingly common-sense observation cuts against much of his own economic theorizing.

In 2001, Krugman wrote that “the [9/11] terror attack — like the original day of infamy, which brought an end to the Great Depression — could even do some economic good … the economic slowdown has been a plunge in business investment. Now, all of a sudden, we need some new office buildings. As I’ve already indicated, the destruction isn’t big compared with the economy, but rebuilding will generate at least some increase in business spending.”

A decade later, Krugman looked to the skies to deliver the economic growth that 9/11 had failed to yield: “If we discovered that space aliens were planning to attack, and we needed a massive build-up to counter the space alien threat, and inflation and budget deficits took secondary place to that, this slump would be over in 18 months.”

This economic boost would hold even “if we discovered, oops, we made a mistake, there weren’t any aliens,” echoing classic science fiction stories in which similar ruses provided fabricated grounds for space programs and earthly cooperation before their long-term benefits materialized.  William Tenn, whose mid-1940s “Alexander the Bait” had one of the earliest such plots, noted in retrospect that while he had been correct to predict that the large-scale effort required to achieve spaceflight would require a concerted effort fueled less by lofty scientific idealism than remorseless self-interest, the motivation would not be “hoping to make a lot of money” but “hoping to make an awful lot of war.”

In a 1933 letter, John Maynard Keynes advised Franklin D. Roosevelt to use deficit spending in peacetime, and feel “free to engage in the interests of peace and prosperity the technique which hitherto has only been allowed to serve the purposes of war and destruction.”  As Robert Higgs explains, assuming that the ensuing military spending brought prosperity relies on the conflation of economic activity with human well-being decried by Krugman.

Yoda is as fictional as Krugman’s hypothetical invaders, but his aphorism that “wars not make one great” should caution historians whose lists of top political leaders are dominated by wartime presidents — and to those who would seek war, or its equivalent, to make the economy great. 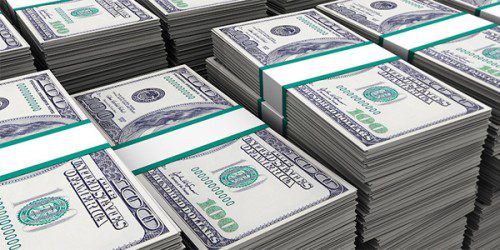